Anyone who has ever used a cryptocurrency wallet is most likely familiar with the concept of a seed phrase. When you set up a new wallet, you are required to write down a sequence of twelve or twenty-four words that serves as a backup for your wallet. Using that sequence of words, you can generate the same private keys in a new wallet. This open source protocol – formally titled “BIP39: Mnemonic code for generating deterministic keys” – has been adopted by the large majority of software and hardware wallets.

BIP39 was created in 2013 with the purpose of making Bitcoin easier and safer for the average user. According to the authors “A mnemonic code or sentence is superior for human interaction compared to the handling of raw binary or hexadecimal representations of a wallet seed.”

The invention of human-readable seed phrases was a significant improvement in convenience for Bitcoin users. A sequence of common words is much easier to write, read, and type without errors than a long, random string of letters and numbers. It’s no wonder that seed phrases have become so widely adopted.

Although seed phrases are more convenient than the raw text representation of private keys, they have drawbacks as well. Without going into the technical details, suffice it to say that the authors of BIP39 themselves warned that it should be “unanimously discouraged for implementation.” Bitcoin Core has not implemented BIP39, nor has Ballet.

At Ballet, our focus is on making crypto easy for everyone, not only people with high technical aptitude. While BIP39 seed phrases are sufficiently convenient for dedicated cryptocurrency enthusiasts, they are still too tedious and cumbersome for the average mainstream user. The requirement to write down and verify the twelve or twenty-four words when setting up a new wallet often discourages users from completing the process. Once they write down the seed phrase, users must then make multiple copies and store them in secure physical locations. If the written seed phrase is lost, damaged, or accessed by a thief, the user will suffer a total loss of funds. The average person does not have the knowledge and ability to protect against all these threats. Even experienced cryptocurrency users have lost funds this way.

Ballet does not use BIP 39 seed phrases. Instead, our wallets are created through an innovative two-factor private key generation process based on BIP38, which you can learn about here:

For the average mainstream user, we believe that Ballet physical cryptocurrency wallets are easier and safer than any software or hardware wallet that implements BIP39. 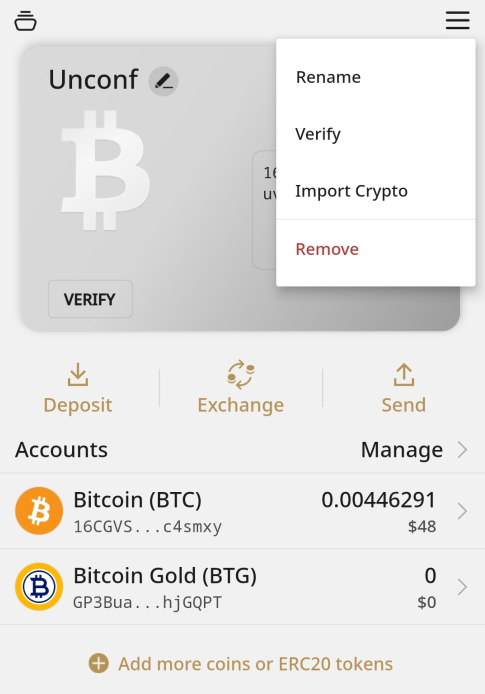 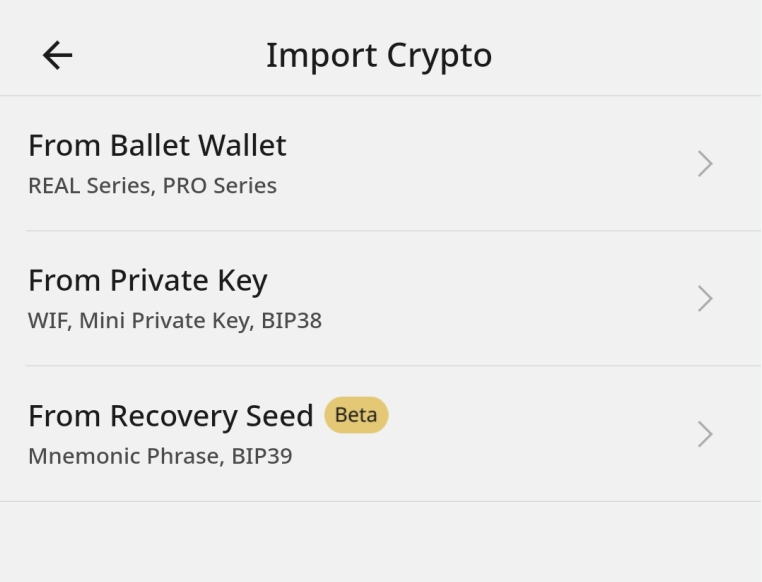 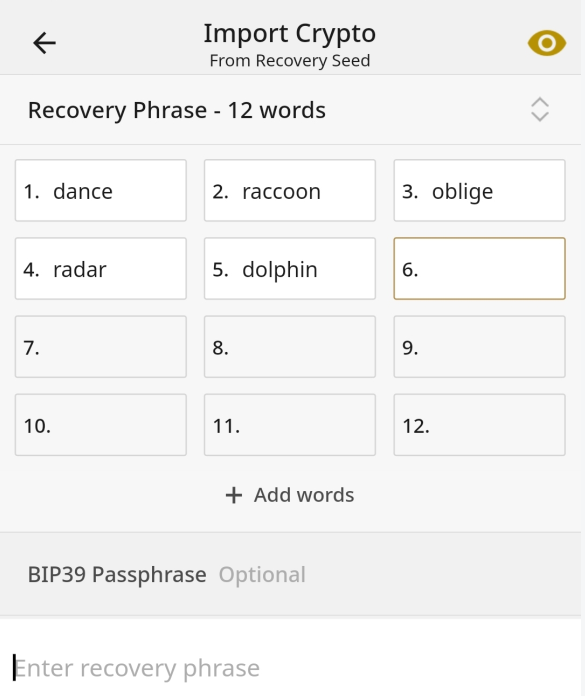 That’s it. Once you complete the last step, the coins stored in your original wallet will be automatically transferred to your Ballet physical wallet. You have full control to choose which of the different currencies are transferred. For example, you could transfer the Bitcoin and Dogecoin from your original hardware or software wallet but have the Ethereum and Chainlink remain on the original wallet.

Importing a seed phrase into a Ballet wallet with the Ballet Crypto app actually creates a transaction, broadcasts it to the network, and records it on the blockchain forever. The coins will be moved to the new Ballet physical wallet and the original wallet will no longer be able to spend them.